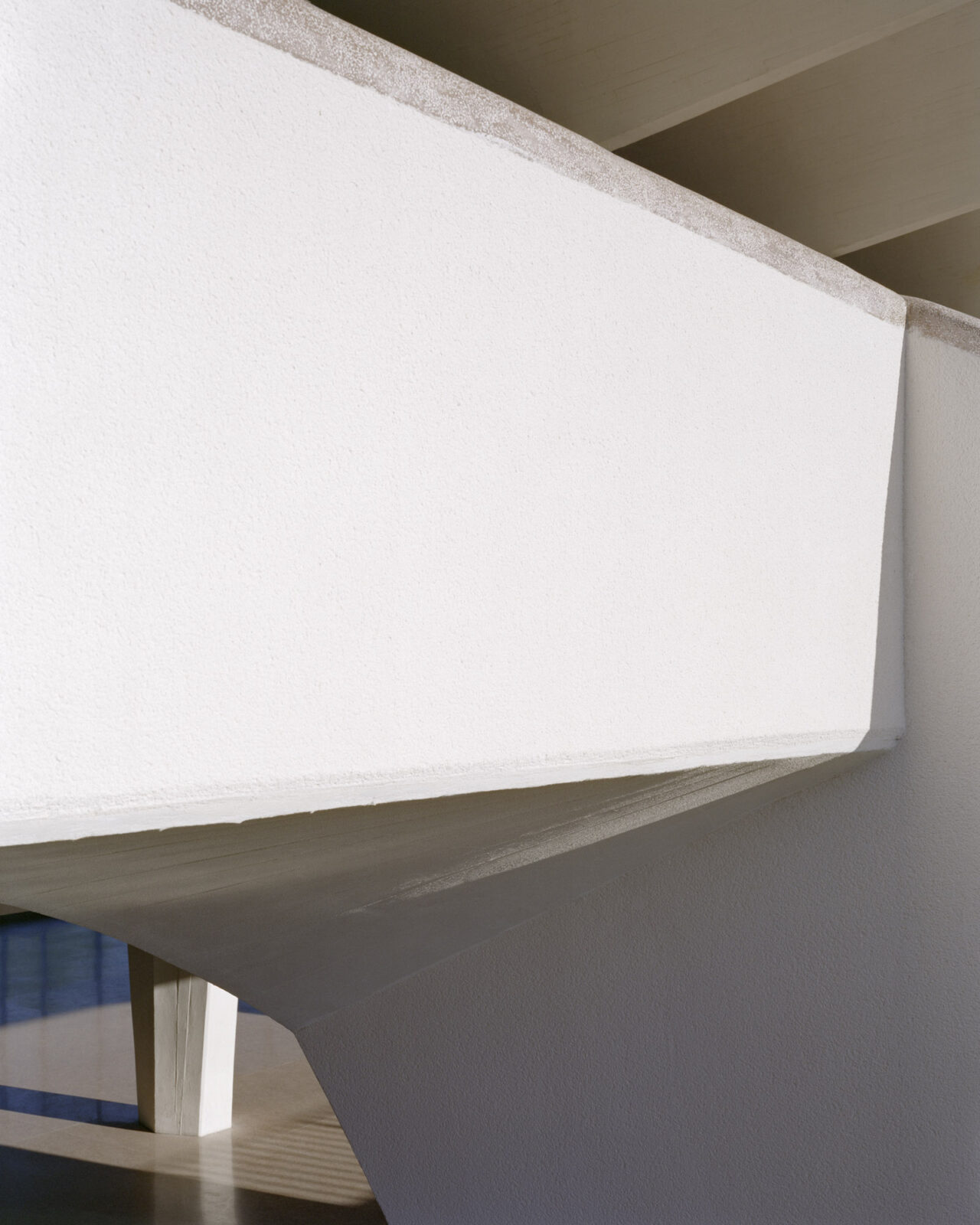 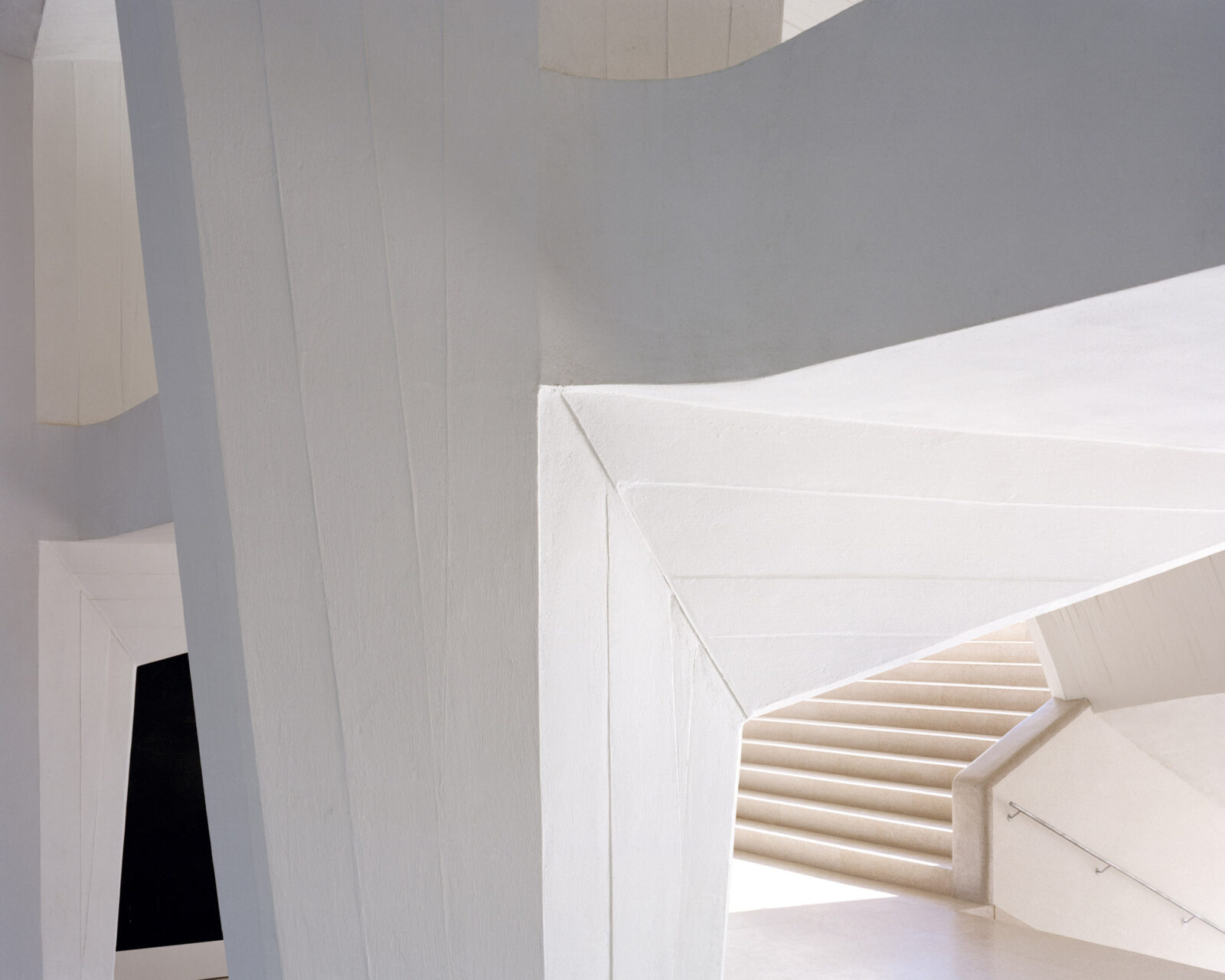 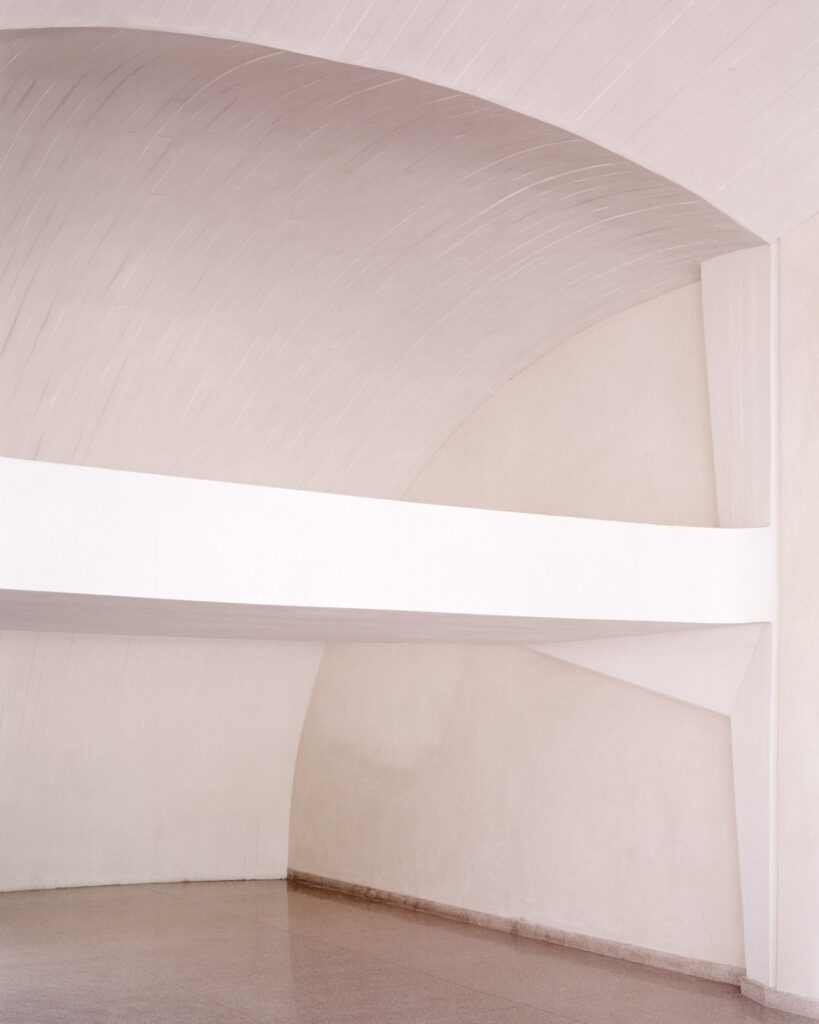 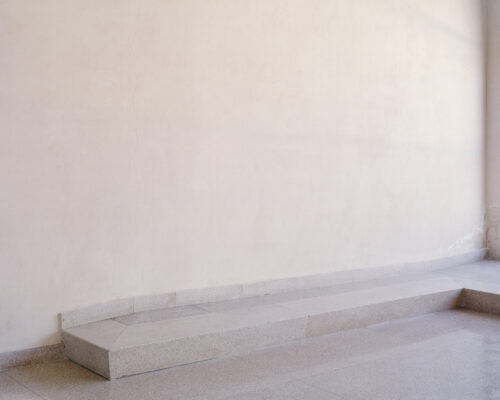 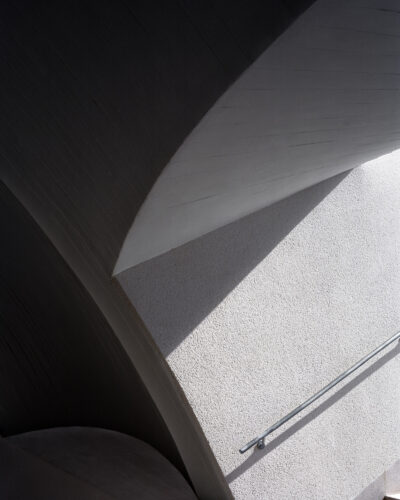 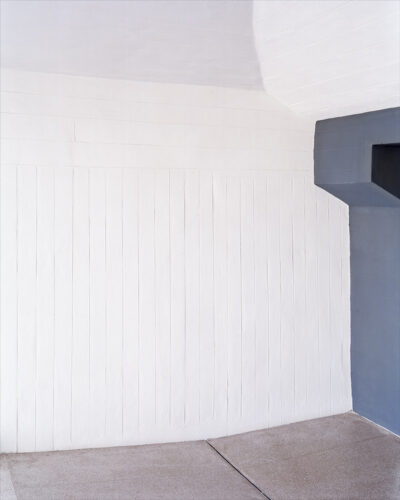 One of the constants in Juan Baraja’s work has to do with the training he received in the analogue development lab as an art student and with his researches into light, which in his consideration of photography and architecture takes on the condition of a construction material. On this premise he created the Hipódromo series, in the earliest stage of his career as a professional photographer in 2014, like Águas Livres. His attention centres here on the rationalist scheme for the Hipódromo de la Zarzuela race track, on a hillside near Madrid, built in 1931 by the architects Carlos Arniches Moltó and Martín Domínguez in collaboration with the engineer Eduardo Torroja,

The complex is of exceptional architectural quality – especially its grandstands, which have been declared of cultural interest (Monumento Histórico Artístico in 1980 and Bien de Interés Cultural in 2009) – but has suffered from the ups and downs of its management and use. Following the expropriation of the older Hipódromo de la Castellana to provide a site for the Nuevos Ministerios government complex, in the end the regime of General Francisco Franco ceded the land and the building, commenced almost a decade before, to the Sociedad de Fomento y Cría Caballar de España by decree in 1940. The bankruptcy of this company in 1992 gave rise to a series of competitions, closures and new concessions until it reopened, in 2005, with the management and administration of the infrastructure now in the hands of the Patrimonio Nacional national heritage agency, Hipódromo de la Zarzuela, S.A. and SEPI.