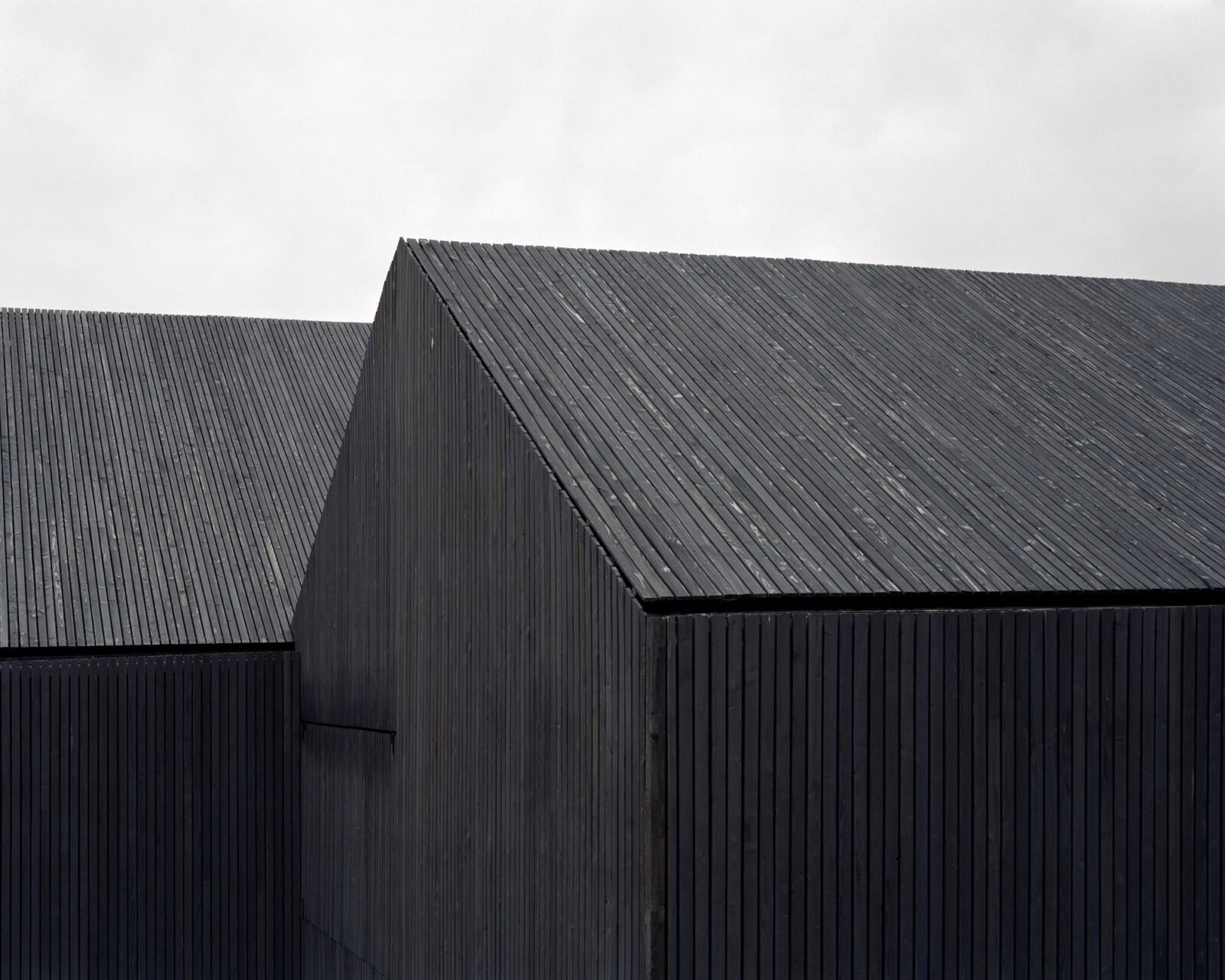 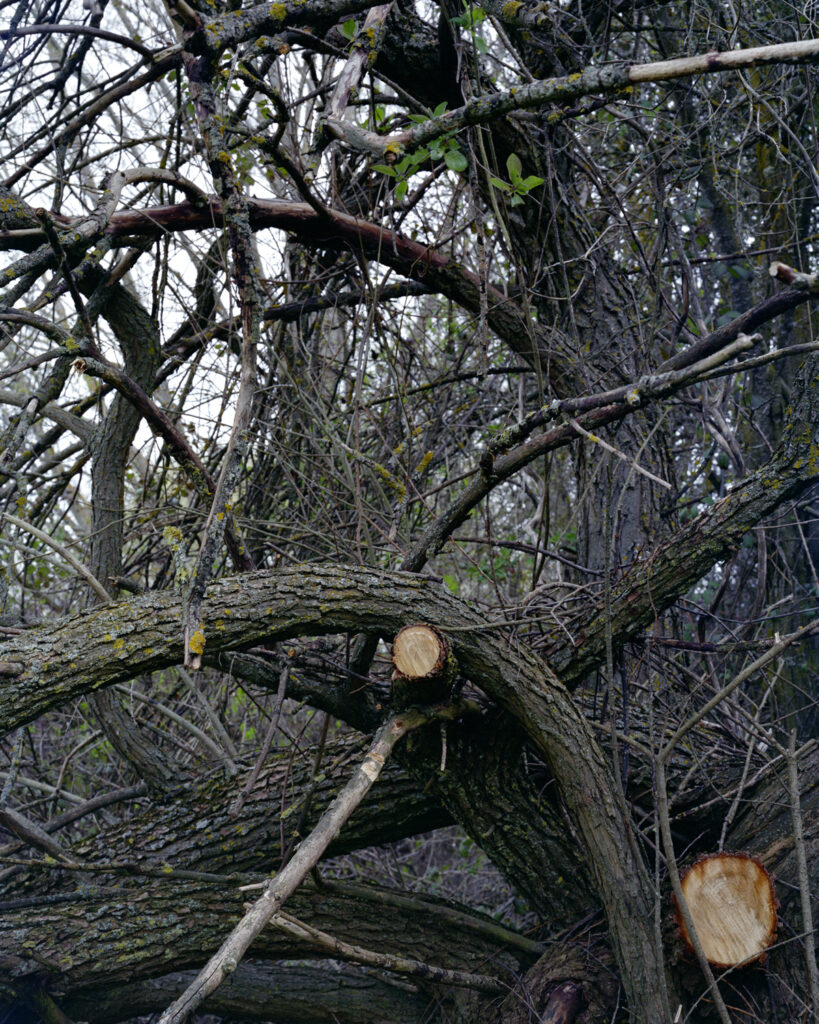 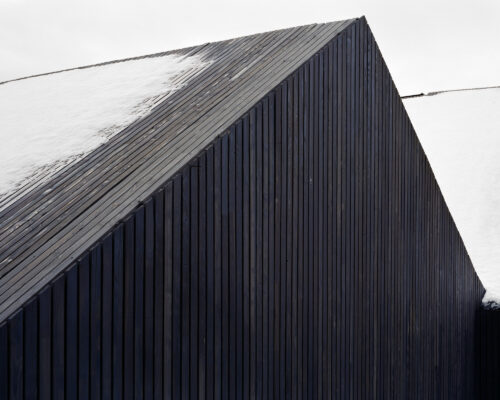 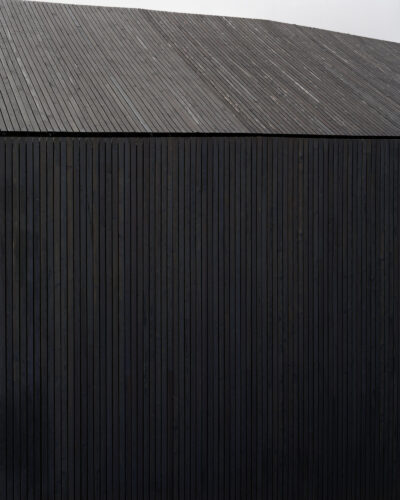 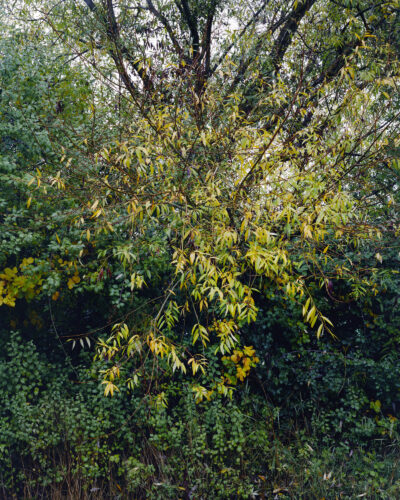 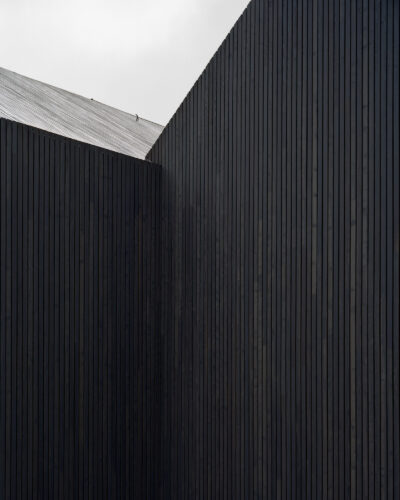 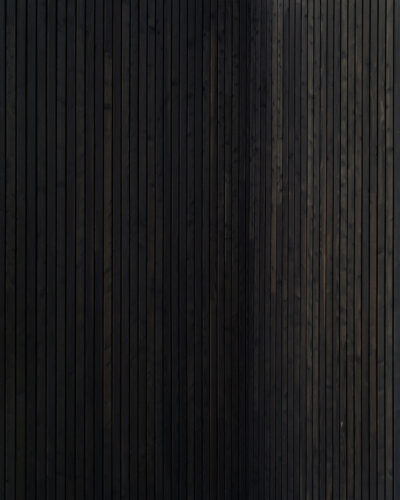 This photographic series was born of an invitation from the Fundación Cerezales Antonino y Cinia (FCAYC), in 2015, to document the construction of a new cultural facility in its particular materiality. The photographer’s numerous visits to take the successive shots continued until April 2017.

The building was designed by the AZPML studio (Alejandro Zaera-Polo and Maider Llaguno) using advanced carbon-trap criteria and a very rigorous energy and climate programme. The principal construction material for both the structure and the skin is larch wood from trees in the vicinity. The energy plan also largely determined the position of the building on the site, the number of hours of sunshine over the year, and the synergy between passive air conditioning systems, based on the choice of materials, and other active features such as geothermal energy, biomass and PCM energy accumulators. During the period of research and construction, the idea that a private cultural facility in Spain could address its programme and its insertion in the territory and fund the whole undertaking on its own, in accordance with a profound awareness of climate change, was viewed with suspicion and even dismissed as utopian, as the media archives of those years can testify.

On successive visits over three years with a large-format camera, Juan Baraja photographed the evolution of the building, the impact of the extreme climate of the mountains of León on its materials, and the way the sun acclimatises its spaces and its surroundings with the changing temperature of the light from season to season.

The new FCAYC facility has been in active operation since April 9, 2017.