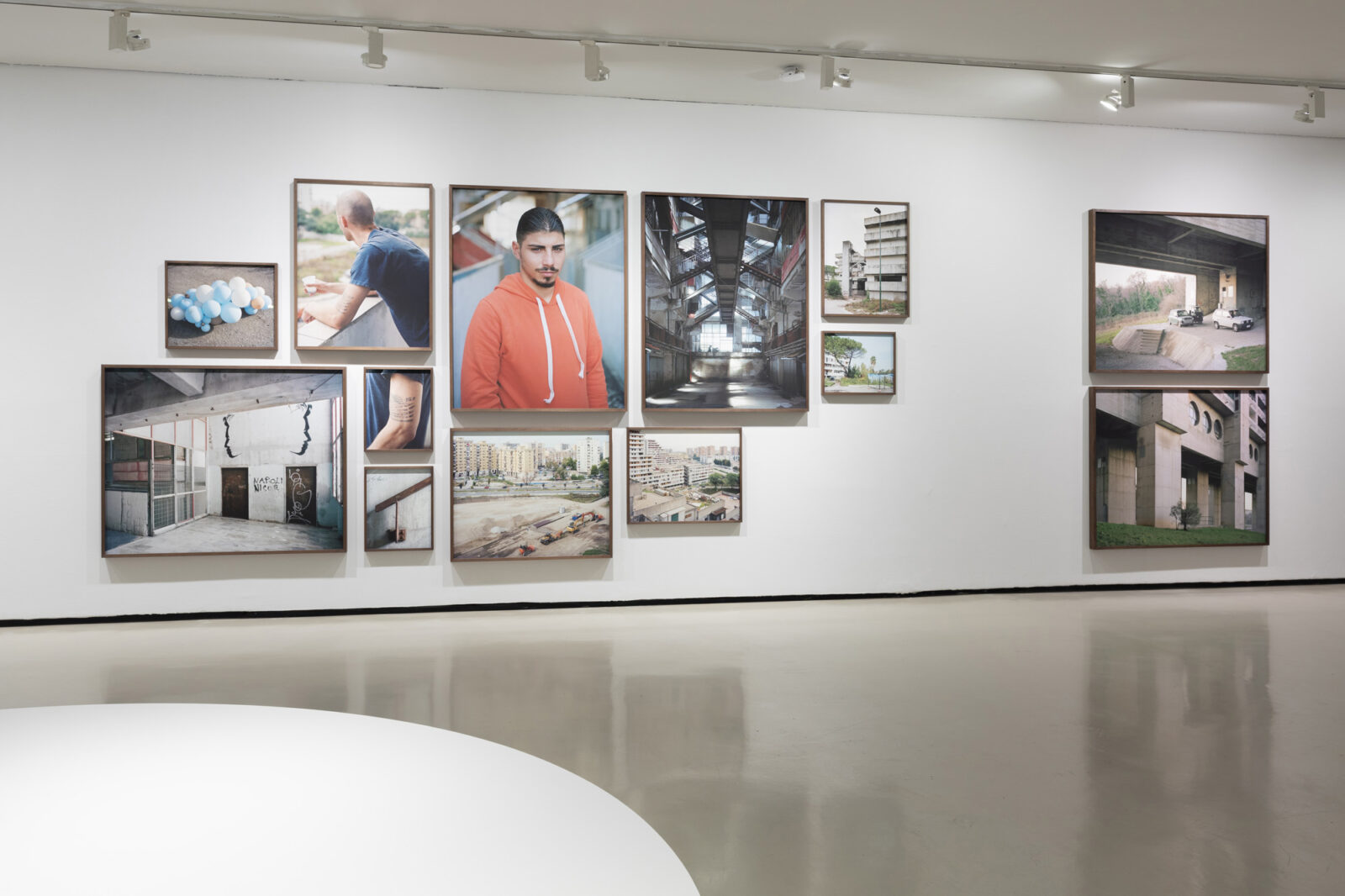 Against All That Glitters: time’s Effects

Against All That Glitters: time’s Effects is a journey through the major photographic series that Juan Baraja (Toledo, 1984) has carried out over the past ten years. This journey, which takes in personal projects of his own and assignments commissioned by institutions, also allows us to trace the continuing evolution of a creative artist whose work is tautened by his particular relationship with architecture and strengthened by a working method in which projects are deliberately kept open and under review for long periods, until the time comes to put them together. Norlandia, Experimento Banana, Hipódromo, Cerezales, Águas Livres-Parnaso, Utopie Abitative or Y Vasca / Euskal Y, the projects on display in these rooms are far removed from a merely linear temporal and geographical reading.
The Modern Movement constitutes one of the main axes of this period of work. Its inertial continuity, aimed at establishing a dominant ideological base, and the continuance of its heartbeat in the present can be clearly discerned in many of the gestures of urban planning, architecture and design. Between the initial seduction of specific details, precisely chosen by Juan Baraja in the earliest series, and the subsequent mature analysis, evident in projects such as Utopie Abitative, we track the different movements of the dérive in which architectural icons have come to embrace what authors such as Jill Stoner see today as the need to mobilise new minor architectures – more vulnerable, slippery, and contingent, unequivocal signs of resistance and life.
Juan Baraja sets before our eyes some of the protagonists. The images link people, materials, public places and walls imbued with strength: signs and spaces rewritten by time. At one moment they arrange themselves, fragment by fragment, kaleidoscopically; a moment later they are articulated with the intensity of a theatre of operations. These are images capable of stirring the embers of our own experience and reminding us that there is always a possibility of power changing hands; and that even what is most solid, self-sufficient and gleaming will shed its patina, operate in a different direction and renew its expressive power if it is constructed by other voices.